The Great Reindeer Rebellion- in French! 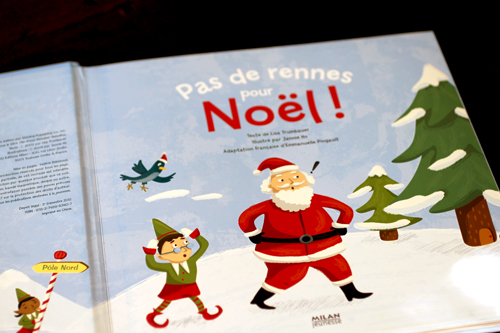 Its that time of year again where I like to mention the Christmas book I illustrated, The Great Reindeer Rebellion! I got a special copy from the editor in which the cover was in English but the interior was in French. (it was a printer mix up.) It was neat to see the story translated into French. It also rhymed!

I'm also happy to say that its available as an eBook on the NOOK! Its only $4.99 on NOOK devices and apps.

For the past few months, I've been working on a sequel to this book! Its been a pleasure working on this and revisiting these characters. Thats all I can say for now. In the meanwhile, Merry Christmas!
Posted by Jannie aka Chickengirl at 9:28 AM 3 comments:

They Draw and Cook- the book! 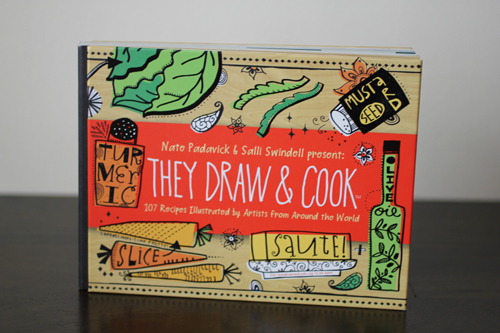 This post is long over due! A shout out to this gorgeous book that started as a website. They Draw & Cook is a compilation of artists illustrating their favorite recipes, started by the ever clever Nate Padavick and Salli Swindell. 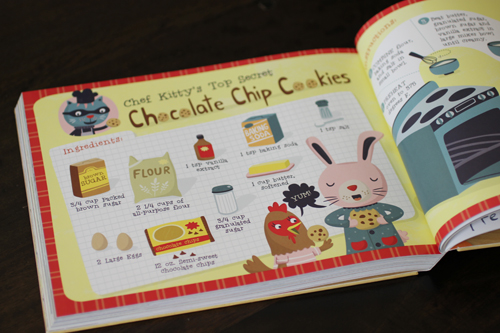 Chef Kitty and I are honored to be included in this book. Woohoo! Its available on Amazon.
Posted by Jannie aka Chickengirl at 11:37 AM 5 comments: 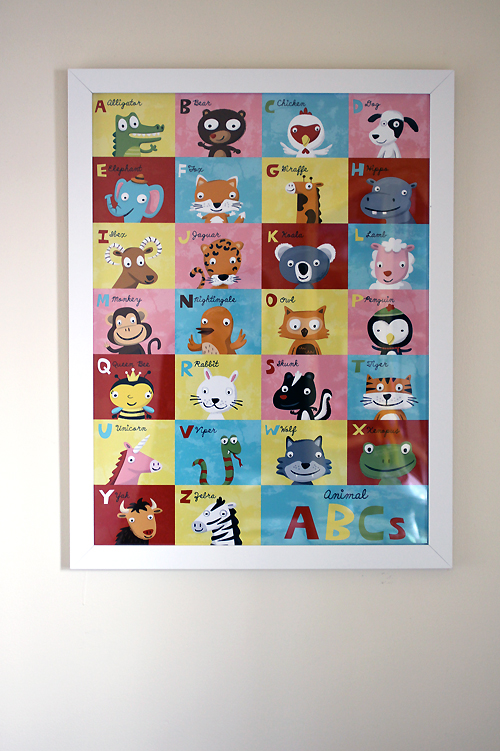 See my work at

My Gift Card Design for Target

My Stamping Line exclusively through